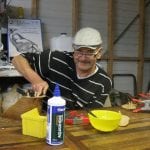 Biography
Born 1957, France
A New Zealander since 1987, Olivier Duhamel is a respected figurative sculptor, a prolific artist and regular exhibitor. Duhamel has acquired a masterful command of the figurative form. His bronze figurines and laminated sculptures have won awards and are held in many private and public collections, including the Wallace Arts Trust.

After extensive travels in Europe, northern, western and central Africa and the South Pacific, the young Duhamel settles in New Zealand in 1987 and become a citizen in 1992. He now lives on Waiheke Island near Auckland from where he has spent the last 10 years establishing a bronze sculpture practice and a network of art galleries representing his work in New Zealand, in Australia in Asia and in Europe.

He has worked on contract for the studio of American sculptor Jeff Koons, NYC

He is a director of [ s p a c e ] contemporary art gallery on Waiheke Island (spaceartgallery.co.nz)

Career
Olivier Duhamel strives to capture the beauty and the emotions he sees in his subjects of study but his artist identity is constantly evolving and to describe him is aiming at a very elusive target indeed. He is a prolific artist who has acquired a mastery of the human form through years of practice of the time honoured discipline of life drawing. He initially grew a reputation as a meticulous portrait artist and then established himself as a leading New Zealand sculptor for his delicate and elegant bronze figurines. However, one aspect of his practice remains constant in his source of inspiration, the female nude. “I really like contemporary dance and wish that I could capture as much beauty and emotion with my sculptures that dancers can express with their body”

His more recent wooden sculptures and exploration of digital media are compulsive viewing and people are often fascinated by their fluctuating lights or by the translucence of his acrylic works, imbuing a resolutely contemporary texture to his rather classical and academic shapes. Once metamorphosed into static effigies, his model’s forms surprisingly retain their motion; the artist’s skillful attention to details brings out their countenance and personality. The translucence of the acrylic lets light reflect the vitality and the dynamic of the pose. Likewise, the dual tone of the wood pieces produces highlights that appears or wanes depending on the point of view, changing the appearance and texture of the sculpture’ s topography. The stiffness and strength of these materials are distinctively opposed to the softness and suppleness of the body, yet, under the hands of the sculptor, the curves of the flesh and folds of skin are delicately suggested in a celebration of the beauty, energy and sensuality of these women.

Personal Statement
“Through my creations I am trying to capture the beauty and sensuality of my subjects of study. When it comes to art, I am chiefly concerned with beauty, emotion and mastery of my craft. I am hoping that people find my work enchanting rather than thought provoking.” 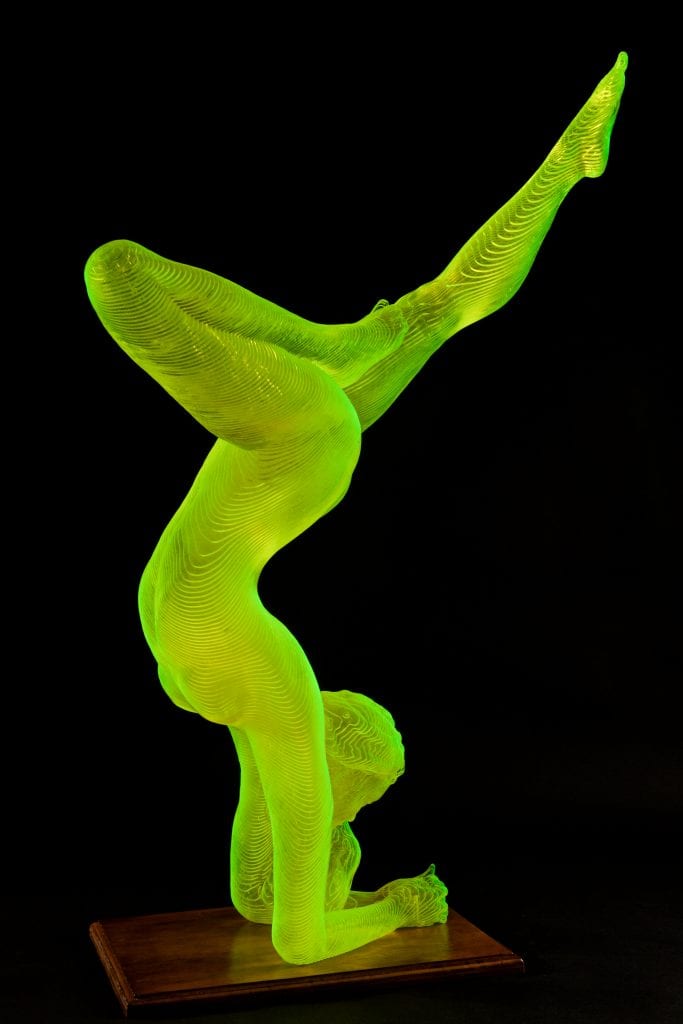